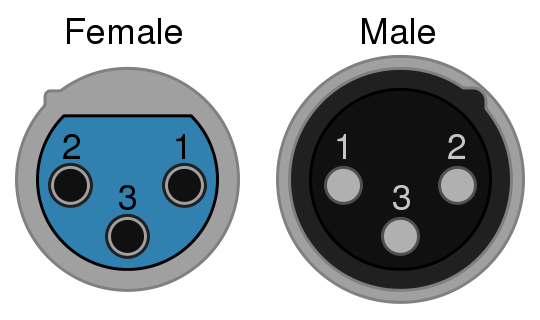 We could talk for days about all kinds of gear: consoles, compressors, equalizers, microphone preamps and audio interfaces – all of these are worthless without something to connect the microphone to the actual gear. Truth be told cables are one of the most overlooked parts of a recording rig and they are actually very important. So today we will be looking at XLR cables, how they are made, how they work and who makes the best. What Is An XLR Cable?

The XLR cable is a connector cable used in professional audio, lighting and sometimes video. XLR connectors are easy to recognize by their circular shape. Usually an XLR cable has one male connector and one female connector. XLR connectors can have anywhere between three and ten pins. Three pin XLR is used with audio gear. In a three pin XLR connector pin one carries the ground connection, pin two carries positive polarity signal and pin three negative polarity signal. (Pin two is also called “hot” and pin three “cold”.)

This type of three pin XLR has been standardized and named XLR3. Typically signal flows from the female connector to the male connector in an XLR cable. (Or more explicitly, from the connector with holes to the connector with pins.) XLR3 can also power microphones that need it. This is called phantom power. Phantom power is a direct current applied to both signal paths in an XLR cable. Normally it is a 48V direct current but some modern microphones work with other voltages. However most audio gear that powers microphones supplies the nominal 48V. A lot of speakers still use XLR3 as a primary connector – active speakers especially. XLR3 is also commonly used to connect lighting equipment though it is not recommended to do so. (In fact it is prohibited as it can damage the lighting equipment.) However, as most PA rental companies have a lot of low quality XLR3 cables it is common to see them in use on stage lighting installations.

XLR cables are composed of the conductors (The inner cables.), the shielding and the pins. The pins allow for interconnection of XLR equipped gear, the shielding protects the signal from interference and the connectors carry the signal from one end to the other. XLR cables are most commonly used with microphones – and their design reflects this. Because microphones output very low amplitude signal that is then amplified by anywhere up to 60+ dB by a microphone preamplifier the signal is likely to pick-up interference while travelling through the cable. Why? Well there is a lot of information travelling around all the time, radio waves being the main culprit in our case. The XLR cable is practically a long antenna.

However, as I said XLR are designed with this in mind. When the signal leaves the capsule of a microphone and enters the cable one pin will carry the original signal while one will carry the signal inverted. Any interference is picked up by both conductors equally and in phase to one another even though the two cables are conducting 180 degrees out of phase signal. At the end of the cable a differential input amplifier inverts the out of phase signal and then combines the two signals that have been travelling through the cable. The result? The interference picked up along the cable is now 180 degrees out of phase in one conductor compared to the other so when summed up by the differential amp it gets canceled out. On top of that the original signal gets a little stronger because when it is summed the two signals that have been in the cable (one in phase and one out of phase) are now in phase to one another so their amplitude doubles.

The conductors inside of audio cables are made from oxygen free copper as it is a very strong material that is also easy to bend. Shielding is actually the most important part of an XLR cable. Unexpected, right? Well, think about it. The conductors inside cannot touch each other because that would create a short. Also, because all current creates a magnetic field, electromagnetic interference can be a problem. Shielding has to take care of both in order for the cable to function properly. To make the XLR cable as effective as possible the conductors are also covered in either a copper shield or an aluminium laminate. This metallic shielding is connected to the ground pin. Cotton is also common as a padding between the conductors so that they do not touch when the cable bends. The outer shield (The part you actually touch.) has nothing to do with how the cable sounds. In live sound applications, it is better to have a thick shield if it is going to be stepped on a lot while thinner shields are recommended for studio usage.

Now that we looked at the basics of how a XLR cable works, let us also see what the best options are with regards to buying for live or studio applications: This is a Japanese cable company that makes all of their cables to high quality standards. Mogami Gold is their studio cable and they also offer another product designed specifically for live, the Mogami Gold Stage cable. Mogami cables are known for their durability, low noise and excellent frequency response. Mogami cables use Neutrik X connectors which are regarded as the industry standard connector. 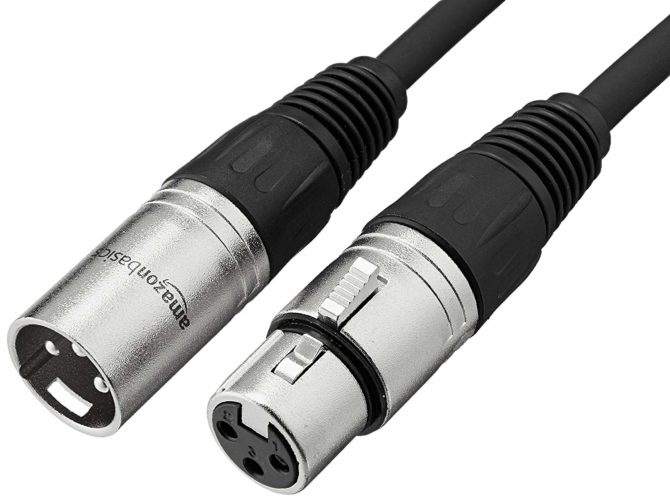 This extremely affordable cable is a steal at the low price point and is well constructed and shown to be extermely durable. All copper conductors with inner spiral shielding make these cables extremely high quality, but not quite to the level of  “Professional” at a very affordable price. They come in a variety of sizes to meet your every need. They even includes velcro ties to keep things nice and neat! Cordial is a German company that have a revealing motto: “We are cable”. They make very good quality cables for both live and studio applications. Their cables use Neutrik connectors and are made with German precision, with low noise and excellent frequency response.

XLR cables are extremely important in any recording setup and using high quality, low noise cables guarantees that your recording will be as good as possible – taking into consideration all your other gear and the musician you are recording, of course.